I finally figured it out. I attribute my epiphany this past weekend to two things: a great vacation (can’t believe it was more than a week ago) and Neil Gaiman.

Our family vacation was the best family vacation we’ve been on since we started vacationing with kids eight years ago. Dan and I each got time to ourselves, as well as time as a couple; Flora and Kate were independent enough to not need much hovering; Michael, too, was easy-going and fairly cooperative about bedtimes (and napping every other day).

It was actually relaxing and fun, a return to the way vacations ought to be, but aren’t when kids are very young. Young kids — babies and toddlers — are hard work, and going on vacation with them is harder because you’re doing all the stuff you have to do to take care of your kids, only in an unfamiliar space.

We hiked and swam as a family; Dan went white water rafting and played paint ball; I spent an afternoon at a spa; Dan and I had a nice dinner with my generation of the clan on Wednesday. The kids were mostly well-behaved and enjoyed the stuff we were doing. Of course, they also had very kid-like moments, and got whiny a couple of times, but overall, they were great.

And we came home Thursday to re-calibrate to normal life. I was home until Monday, so we did some errand running and some other fun stuff (dinner and swimming with friends, later nights, a trip to the National Aviary). 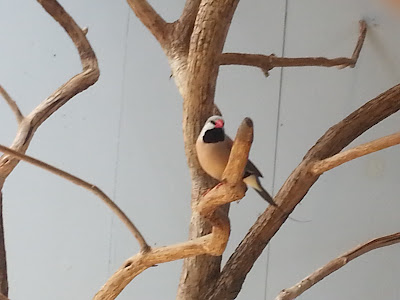 So that was vacation. And, I repeat, it was FUN. Fun as a family.

Now, onto Gaiman. Neil Gaiman is the author of several books and graphic novels, and he writes for children, young adults, and adults. I would like to own everything he’s had a hand in — he should have a place on my bookshelves right alongside Stephen King and Margaret Atwood.

He’s got a new book out, and has been giving interviews, two of which I have heard. In the most recent one, he was talking about his graphic novel Coraline (which is also a movie), and he said the thing that contributed to my weekend epiphany.

I read the graphic novel, and my children saw the movie. My girls *loved* the movie, which surprised me, because I thought the graphic novel was pretty scary. But then I heard Gaiman’s take on it, and was like, “Oh. Of course.”

And that leads me to why I love being a parent (finally):

Because through my kids, I constantly get a separate and interesting point of view. My kids have taught me so much about our world. They are constant discoverers, and they see things completely differently than I do, and that is AWESOME. (I mean, yeah, sometimes it makes me nuts, because oh the whinging that can happen when my kids have a different POV.)

Kate’s insights constantly surprise and usually delight me. Flora and her endless inquisitiveness is fantastic. And because Dan and I decided to try, just one more time, I have a toddler who, for all the frustration that his toddlerhood brings — nature of the beast — I can relish in his toddler-ness. Because he’s the last one. 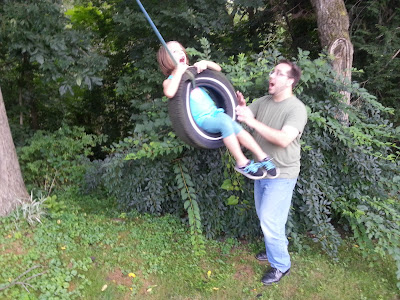 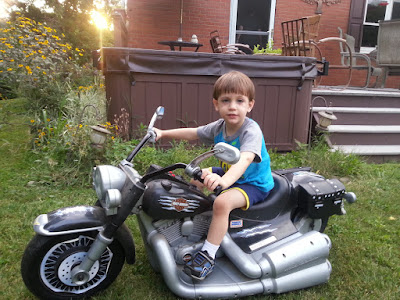 My children are separate people, with their own opinions, likes, and interests. They have ideas! We have conversations! And — I’m sure I’m biased — but my kids are pretty neat. Flora is fascinated by birds. Kate is interested in baking. M is a work in progress. Flora likes her dad’s music better than mine, whereas Kate likes the same stuff I listen to. (M, again, seems to have no preferences yet, but he does like to shake his butt.)

I think I’m entering a good parenting phase, a place where I can start enjoying my kids. Or that’s how it feels to me!

What’s your favorite thing about having or being around kids now?

6 thoughts on “Why I Love Being a Parent”